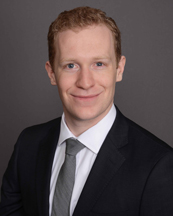 Mr. Logan was fortunate enough to twice represent Pace at the International Environmental Moot Court Competition, at which he was named Best Oral Advocate in the North American finals and led his team to the international rounds of competition as a representative of North America in 2016.

Mr. Logan also served as a legal clerk to Region 3 of the Environmental Protection Agency in 2016, during which he worked in the Agency’s Division of Water and assisted the Office of Regional Counsel on matters of compliance and enforcement regarding the Clean Water Act, the National Historic Preservation Act, and Superfund.

His publications in the areas of environmental law and science include: